LOCATION
The Moto Guzzi Museum is located in Mandello del Lario (LC) in via Parodi, on the Lecco branch of Lake Como, in the heart of the historic factory that saw the birth of L’Aquila in 1921.

STORY
The museum is located within the historic motorcycle factory, in the factory that produced the famous models from 1921, including racing motorcycles until 1957, the year in which the competitive activity of the Guzzi brand ended.
Historical, technical and cultural heritage, the Moto Guzzi Museum collects a very rich collection of over 150 exhibit pieces including series motorcycles, sport bikes, experimental prototypes and engines, which alternate in a temporal itinerary to witness the glorious history of a timeless Italian myth and worldwide.

CHARACTERISTICS
The museum displays a rich collection displaying unique pieces like the first motorbike built by Carlo Guzzi in 1919, the only signed G.P. (Guzzi-Parodi), next to some of the most celebrated in the world as the extraordinary Otto Cilindri 500 of 1957, born from the genius of Giulio Cesare Carcano.

The exhibition area reserved for motorcycles is composed of a collection of over 80 vehicles that, together with the story of the production history of L’Aquila of Mandello, offer a glimpse of the social and economic evolution of our country.
This is the case of the legendary Norge of 1928, the first great tourism in the history of motorcycles, designed by Carlo Guzzi together with his brother Giuseppe, of the Guzzi series Sport and GT of the thirties, of the Air, the most widespread medium-powered motorcycle in Italy from 1939 to 1957, or Falcone, the dream of all the motorcyclists of the Fifties. while among the sports bikes stand out the Guzzi 4V, the Bicilindrica 500, the Guzzi 350 “World Champion” and the V7 record.

But Moto Guzzi has also entered into history for the vehicles that have characterized the mobility of Italians in the post-war period, such as the Motoleggera 65 “Guzzino” and the Galletto, or “reinvented” the concept of a sports bike at the end of the Sixties as the V7 Sport with the 90 ° V twin-cylinder engine. Alongside the series motorcycles, the exhibition route dedicated to racing motorcycles is unraveled, which, with their businesses, have written the pages of the sports myth of the Casa di Mandello del Lario.

Among these the Guzzi 4V of 1924, the bike with which Guido Mentasti conquered the first European title on the Monza circuit; the Bicilindrica 500 of 1946 by Omobono Tenni; the Guzzi 350 “World Champion” in 1955; and, to arrive in more recent times, the V7 record, the motorcycle derived from the standard V7, which established 19 speed records in June and October 1969 at the Monza circuit.

The exhibition “Il Suono della Passione” completes the museum exhibition, where the most interesting films of the Moto Guzzi history are shown.

Films of repertoire showing the most important companies and realizations of the Moto Guzzi are also projected.

The Museum will be closed on the following dates:
from 31 March to 2 April inclusive25 April 1 May 2 June 5 to 3 September 1 and 2 November 8 December 22 December to 7 January 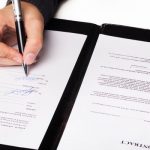 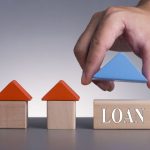